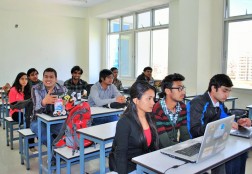 He started with some bits about Mozilla Community and what it does, and made participants clear that Firefox was a product of Mozilla.

And then, he ran the participants through the steps to acquire Mozilla source code, said something about mercurial, and version controlling. He also mentioned about what nightly was.

After that, he showed demo on building Mozilla Firefox compiling its source code which used mercurial and shared tips on how to edit some basic functionalities in the browser. Also, instructions were given on how to build the open source  browser in linux distributions and Windows OS. The source code of “the most trusted browser on the Web” was distributed to asking participants. Instructions for correctly copying the source as a form of mercurial repo was shared and it can also be downloaded from here. 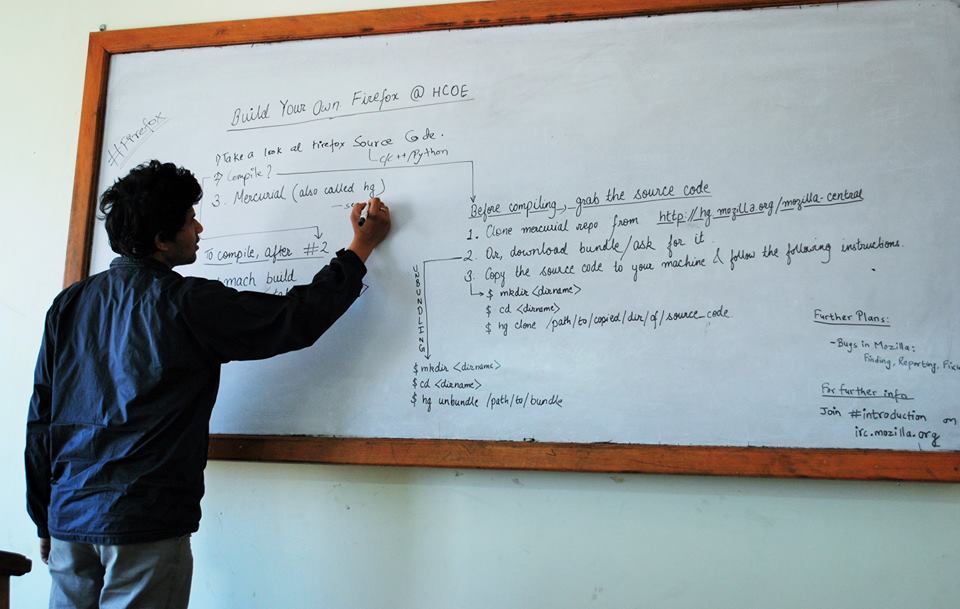 With active participation of students from the college and members of HCOE Developers’ Circle along with other members of Mozilla Nepal, the event was very much interesting. Participants eagerly put their queries related to open source & community and were sorted out during the session.

The photos of the events can be viewed from here.